The PXS1340 13U ATCA shelf design has over 15,000 global installs.  This superior Shelf design has been adopted by leading companies worldwide.  It features a 14-Slot Backplane in 10G or 40G versions.  With higher speeds, EMC protection is more critical than ever.  The Pixus Shelf offers patented EMC mats in the subrack. This design solution helps EMC without degrading airflow. 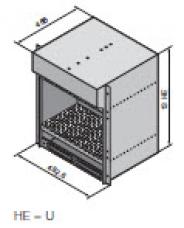 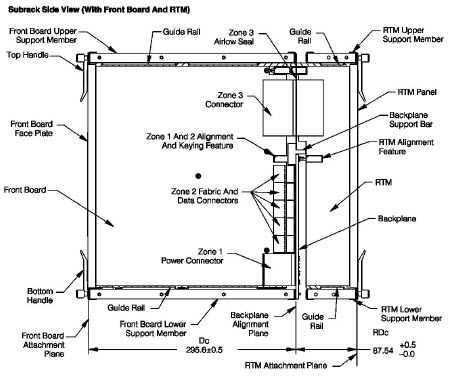 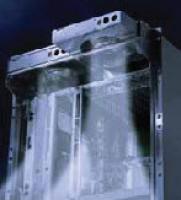 For the majority of applications, air cooling is the preferred option. A distinction is made between push cooling and pull cooling.  In push cooling, axial or diagonal fans press cold air into the system.  In pull cooling, fans draw hot air out of the system. Due to the confined space and integration density, the pressure losses caused by ATCA cards are very high. Standard axial fans in a push or pull configuration are less suitable, because they can cave in as the back-pressure rises. By contrast, radial fans specialise in these types of applications, although the throughput is slightly lower in free air.

Cooling fluids benefit from the physical property of having a specific thermal capacity several times higher than air. As a result, it is possible to design very small cooling systems with a maximum cooling capacity and position them directly at the point of origination (e.g. processors). This helps to minimize the threat of hotspots which dramatically shorten the service life of electronics.

Contact Pixus for more information on the 12U version ATCA shelf.

Question about this product